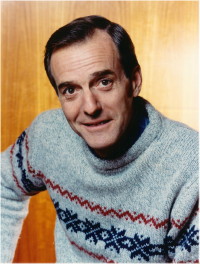 With profound sadness we announce Roy’s passing after his lengthy and courageous battle with cancer.

The youngest of six, Roy was born in Arden, MB and grew up on Redwood Avenue in Winnipeg.  After graduation from St. John’s High School, Roy worked as a lab technician with the provincial forestry service and subsequently with the Grain Exchange.  Building on his aptitude for technical and scientific work, Roy moved to Chalk River, ON in 1963 where he started his 35-year career as an electron microscopist with Atomic Energy of Canada.  In 1964, Roy married the love of his life.  Anne and Roy moved to Pinawa in 1965 where they raised their family and Roy continued his work at the Whiteshell Laboratories until his retirement in 1998.  In 1986, he earned his diploma from The Royal Microscopical Society at Oxford University in England, an achievement of which he was most proud.

Roy had many passions in his life.  In addition to hunting and fishing with his boys, he was an avid golfer and a competitive runner.  Dad finished numerous marathons and was a top-ranked master’s category runner for many years.  Dad enjoyed training, the spirit of competition and the camaraderie that running brought to his life.  He looked forward to partridge hunting with his grandsons each fall.  Grandpa never missed a shot.

The family would like to extend special thanks to Dr. Pat Harris for her care and support over the past several years.  Thank you to everyone that contributed to Dad’s care, including CancerCare Manitoba, Grace Hospital ICU, and Dr. Bruneau and the nursing team at the Pinawa Hospital.  Thank you to all who have reached out to support the family in this difficult time.

At Roy’s request, a small family interment was held at the Pinawa Cemetery.

In lieu of flowers, donations can be made to Siloam Mission or CancerCare Manitoba.

Offer Condolence for the family of Roy C. Styles