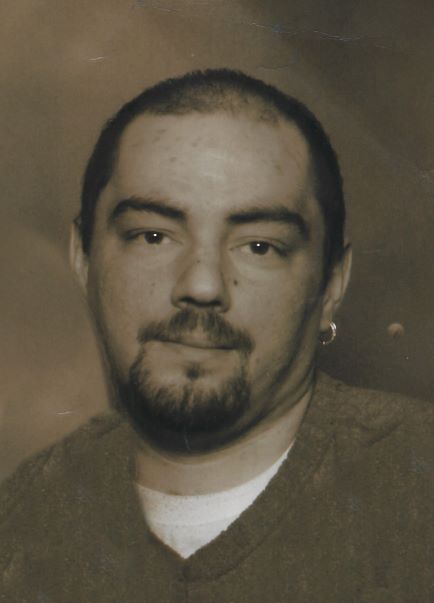 It is with great sadness that we announce the passing of Ryan Scott Smorang age 42 at Health Sciences Centre in Winnipeg.

Ryan is survived by his wife Danielle and his children Zachary, Kylie and Ashlynn.  His mother Geraldine Mosquin and father Robert (Linda) Smorang.  His sister Shelena Smorang (Bryce), Karen Weselak (Jeff) and many nieces and nephews.

He was predeceased by his brother Brent, Grandmother Elsie Mosquin and Grandparents Pete & Rose Smorang, as well as his Uncles Lyndon and Vern.

Ryan grew up on the family farm in Libau and later moved to Beausejour where he met and married his wife Danielle.   They have spent the last 20 years together raising their children, spending time with family and friends, making many wonderful memories together.

Ryan attended the Selkirk Regional High School and later worked at LSL Sand and Gravel.  A few short years later Ryan’s illness limited his ability to work and he stepped into the roll of being a full time stay at home dad.  A position which he took very seriously and was very proud to be in.   Nothing was more important to him than his children.

As a child Ryan loved playing with his wrestlers and eating Reece Peanut Butter cups.  His passion for wrestling carried into his adulthood and he could often be found watching pro wrestling and having a few beers with the guys.

Ryan joined the Beausejour Legion, Branch 132 board of directors and in 2017 accepted the position of president.  A position he would hold until December of 2021.  Here he would spend his time working the Friday night suppers, planning the Galas and Remembrance Day Services, just to name a few.    His position at the Beausejour Legion gave him the opportunity to meet and work with many people and form lasting friendships which Ryan treasured.  Our family would like to thank the members of the Beausejour Legion for the support they showed Ryan thru this last year especially with assisting in building the wheelchair ramp so he could return home.

“Ryan you will be forever missed and always remembered”

In lieu of flowers, the family asks that donations be made in Ryan’s name to the Manitoba Diabetes Association.

“Now I know why you always told me to be strong.

Double vaccination and photo identification will be required upon entrance to the funeral home. Others may listen to the service by staying in your vehicles in the parking lot of Sobering Funeral Chapel and turning your radio to 98.1 FM.

A Livestream of the funeral service can also be accessed through the WEBEX app on your mobile phone or visit signin.webex.com/join on your PC.  Enter the Meeting Number: 2551 014 0990 and Password: mpQm3fM8g5P to view the livestream.

** Direct access to the livestream can be found here **

Offer Condolence for the family of Ryan Smorang