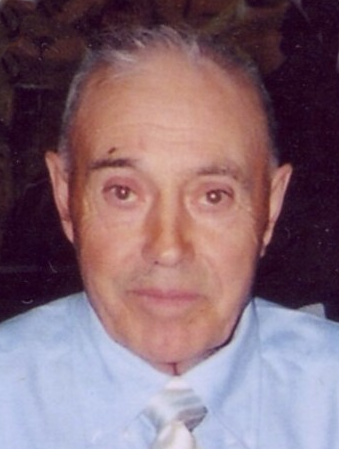 On Saturday, March 31, 2007 at the Selkirk Hospital, our beloved husband of Anna and father, passed away into the presence of his Lord and Saviour.

God saw you getting tired,

When a cure was not to be

So he put his arms around you

And whispered “Come to Me”.

So when we saw you sleeping

So peaceful, free from pain,

We could not wish you back

To suffer that again.

The family would like to convey heartfelt thanks to Fr. Szynal, Drs. Hussain and Demsas and nursing staff of Selkirk General Hospital; Dr. Greyling and Pinawa nursing staff.  Thanks also to our family and friends for their kindness and support.

Donations in Sam’s memory may be made to the Canadian Diabetes Association, 200-310 Broadway Avenue, Winnipeg, MB  R3C 0S6 or to a charity of one’s choice.

In tears we saw you sinking

We watched you fade away.

You suffered much in silence,

You fought so hard to stay.

You faced your task with courage,

Your spirit did not bend,

But still you kept on fighting,

Until the very end.

Offer Condolence for the family of Sebastiano (Sam) Di Clemente