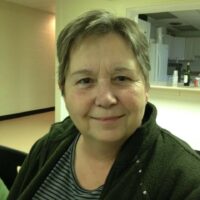 In Loving Memory of Sharon Sirois

Sharon was born in Smith Siding in the Rural Municipality of Lac du Bonnet. She attended the Smith Siding School and later went to school in Beausejour. She married James Sirois in 1976 and they lived in Wainwright, Alberta, Cornwallis, Nova Scotia and Winnipeg while James was in the armed forces. When James retired, they settled in Beausejour.

After working in the various places she lived, Sharon became a Health Care Aide with Manitoba Health. She supported and cared for many people in the Beausejour and surrounding area.

When asked about her greatest achievements in life, Sharon would lovingly say her family. She cherished her children and grandchildren and enjoyed spending time with them. Sharon was also a very talented artist who enjoyed painting and loved sharing her art with her grandchildren.

As per Sharon’s wishes, a memorial service and celebration of life will be held at a later date.

In lieu of flowers, donations can be made to the Manitoba Lung Association.

Offer Condolence for the family of Sharon Sirois