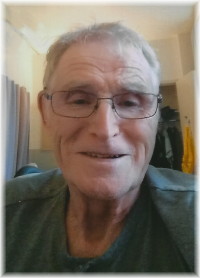 It is with broken hearts that we announce the passing of our beloved husband, father, papa and brother, Stephen Lyons, at the Pinawa Hospital on August 3, 2019 at the age of 81.

He leaves his beloved wife of 46 years, Linda (Sue); his two daughters, Cathy and Kimberly (René); his grandchildren, Jodi, Dylan and Anissa.  He leaves his brothers, Jim (Hennie) and Douglas, sister-in-law Maureen, as well as numerous nieces, nephews, family and friends.

He was predeceased by his parents, Frank and Rose Lyons; his brothers, Freddie and Ronald; and his sister-in-law Shelagh.

The family would like to thank the staff at the Lac du Bonnet Personal Care Home for the care and compassion they showed towards Stephen.

As per Stephen’s wishes, cremation has taken place and a graveside service will be held at a later date.

Offer Condolence for the family of Stephen B. Lyons