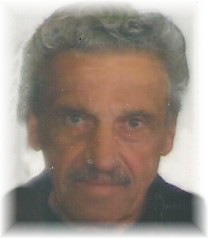 Ted passed away on Sunday, September 28, 2014 at Pinawa Hospital after a lengthy battle with cancer.

He was predeceased by his parents Mary and Ignatius, his brothers Walter, Joseph, Stanley, and Paul, his sisters Myroslavia of the Ukraine and Anne. He will be lovingly remembered by his wife Linda Augustine of Lac du Bonnet and her son Cory.

Ted shared a colourful life in the early days, either fishing with his brothers in Pointe du Bois or late nights getting lost in the bush. Ted’s fondest memories were with his brother Walter. Ted and Walter spent many days fishing and hunting together. Ted also enjoyed the days of trucking with Bruchanski’s as well as moose hunting with Alan Bruchanski in the early days. As time may have been tough, there was always a good laugh. There was always smoked fish, wild game and a garden that was plentiful. Ted enjoyed a good trick back then. As he would say, those were the days. Those are the days he’ll be remembered for his sharp shooting and a guy who would never tie his boots. Later on in life, he spent many days in White Mud Falls with Linda fishing and enjoying the Golden Years.

Cremation has taken place and a private family service will be held at a later date.

Offer Condolence for the family of Theodore “Ted” Smerski