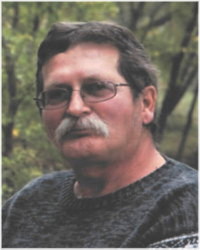 With deep sadness the family of Timothy (Tim) Rohrig announces his sudden passing at the age of 71 on April 29, 2019.

Tim was predeceased by the love of his life, Cheryl; his brother David; his father Eric; his father and mother-in-law, Norman and Gloria Honkey. He is survived by his children, Terinia (Ken), Don (Tracy), Mike (Mandy) and Juanita (Mike), his mother Linda and his siblings, Kent (Vicki), Kathy (Erwin), Judy (Vern), Joan and Deanne; and many nieces, nephews and cousins. In addition to his role of Father, Tim took great pride in his grandchildren, Payton, Sloane, Owen, Cooper, Lukas, Josh, Nicole, Kayla, Erin, Samantha and Tyler; and his great-granddaughter Hayleigh.

Tim was born March 2, 1948 and grew up on the family farm in River Hills, MB with his parents and 6 siblings. He graduated from Whitemouth School in 1966 and went on to work as a Prison Guard at Bannock Point. Tim became a Millwright and worked for Atomic Energy of Canada and Manitoba Hydro from which he retired.

June 9, 1984, Tim married his love Cheryl Honkey. They built a house in River Hills along the river and raised their family. Together, they enjoyed fishing, canoeing, camping and gardening until her passing in 2012.

Tim also enjoyed hunting and shared many hunting trips with his brother Kent and various friends and family throughout his life. He always looked forward to the annual fishing trip with his lifelong friend Allan Besel and we can only imagine all the laughs they shared and memories they made during those trips.

Tim loved Crossword and Sudoku puzzles. His morning routine involved picking up the paper from the local store, making a cup of tea and sitting at the kitchen table doing the daily puzzles. He would even let his family help when he was stuck (which wasn’t often)! He provided regular submissions to the Winnipeg Free Press of completed Jumble puzzles – and he even won on occasion!

More recently, Tim helped others in his community by driving neighbours, friends and family to personal appointments and shopping excursions. He also loved to bake – his specialty was apple pie – and it was not uncommon to see Tim delivering baked goods to his family and friends. Tim had a strong belief in God and was actively involved in the Whiteshell Baptist Church; both by attending Sunday services as well as being a volunteer cleaner.

The passing of our father, grandfather, son, brother, uncle and cousin has left a huge void in our lives. We’ll no longer see the twinkle in his eye when he told a joke or story, or hear him play his guitar and sing or partake of an excellent meal he took pride in making and sharing.

Please join Tim’s family for a Celebration of Life on Tuesday, May 7 at 11:00 a.m. at Sobering Funeral Chapel, 1035 Park Avenue E., Beausejour.

Flowers are gratefully declined; however, if desired, a contribution in Tim’s name can be made to the Whiteshell Baptist Church, Box 100, Seven Sisters Falls, MB R0E 1Y0 or a charity of one’s choice.

Offer Condolence for the family of Timothy Eric Rohrig