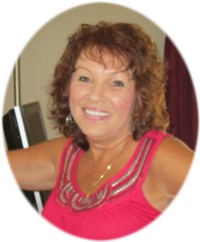 It broke our hearts to lose you, you did not go alone.

For part of us went with you, the day God called you home.

Peacefully on Sunday morning, Twyla Muth passed away in her  home.

Twyla was predeceased by her parents, Eric and Adele Muth.  She is survived by her three children, Destiny (Luke), Courtney (Shawn), and Whitney; three grandchildren, Sadie, Haylee and  Danica; also by her brother Dennis (Wendy).

Twyla was born and raised in Winnipeg with frequent visits to Beausejour where her family was.

Twyla’s career started with The Justice Department of Manitoba, in her most current years, served as a mentor for youth in Manitoba.

Twyla took pride in raising her 3 daughters as a single mother; she was an acceptional o’ma to her three beautiful granddaughters. Twyla was able to meet her second daughters first born which was a highlight for her in her lasting days

Offer Condolence for the family of Twyla Muth