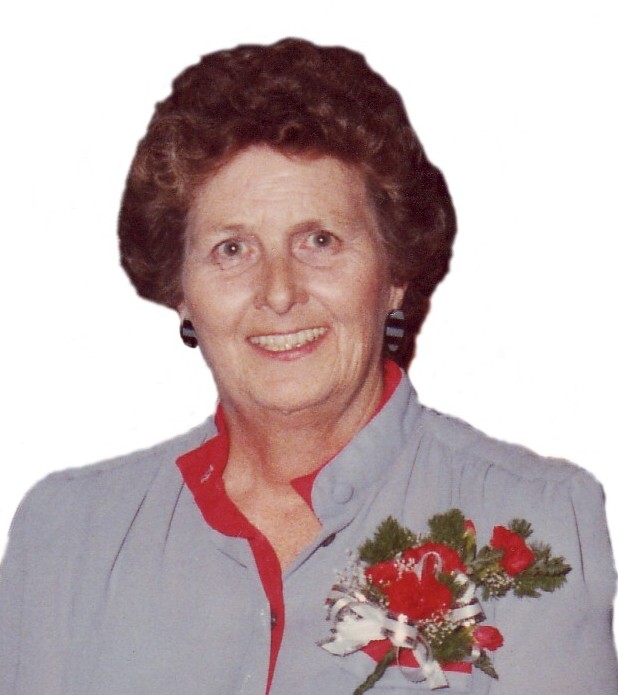 Jean left us peacefully on August 31, 2011 at Red River Place, Selkirk, with her daughter Corinne, son Chris, and sister Pat by her side.

Jean was born August 21, 1927  to Joseph and Josephine King of Arnaud, Manitoba, fourth in a family of ten children. She married John Coulombe In October 1958,  and made her home in Powerview, where she raised her family.  She was a magnificent cook who catered many meals, and the ultimate seamstress, often making the most beautiful hand sewn treasures.   Jean was a vibrant loving take-charge individual, and often volunteered her services at Bingo, the 4P Festival, and numerous functions.  When called upon for help, she would always give 100 percent of her unique talents.  She would often remark “listen, you know when you have made a good meal, no one is talking”, as they were too busy enjoying the delicious meal she had prepared and this gift of her talents was more fulfilling than any payment she received.

Viewing was on Tuesday, September 6, 2011 at 10:30 a.m., followed by the Funeral Liturgy at 11:30 am, at Notre Dame du Laus Roman Catholic Church, Powerview, with Rev. Fr. James Gray presiding.  Cremation will follow, interment to take place at St. Georges Cemetery Wednesday, September 7 at 10:00 am.

If friends so desire, donations may be made to the Alzheimer Society of Manitoba, 10-120 Donald St., Winnipeg, MB R3C 4G2.

Offer Condolence for the family of V. Jean Coulombe