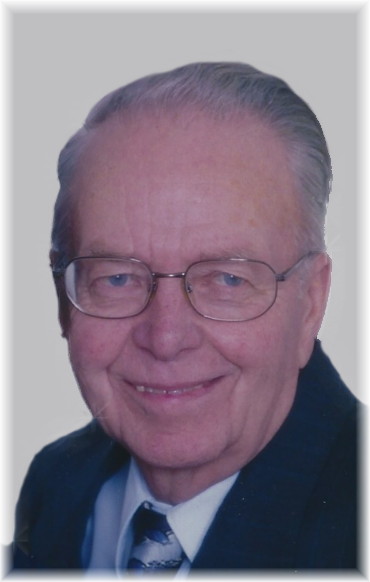 It is with great sadness that the family of Vern Jeffrey announce his recent passing.  With his family by his side, Vern, 97 years old, passed away peacefully early in the morning of October 6.

Vern was born and raised on the family farm north of Grandview, MB.  He attended Wicklow school through grade 8 and then worked on his parent’s family farm, dabbling in mining, forestry and trucking along the way.  Vern became smitten with the young lady teaching down the road at Morranville School and in 1945 Vern and Joyce were married, commencing what was to be a 70-year long journey.

Together they purchased Vern’s grandfather’s land and farmed a quarter section across the road from his parents and in 1946 they welcomed their son Blair into their family.  In 1957 they decided to make a major change, leaving the farm and moving to Rennie, MB to work in the Whiteshell Provincial Park.  The move proved to be a good one and Vern enjoyed a 26-year career with Natural Resources as Works Foreman and later Park Ranger in charge of the Rennie District and was highly respected by co-workers, cottagers and patrons of the Park.  In 1983 Vern and Joyce retired and made what would be their last move to Whitemouth where they built and shared their retirement home (many of the finishing touches done by Vern himself) by the Whitemouth River for over 30 years.

Known as an extremely likeable couple, Vern and Joyce were always thankful for the many dear friends they had made throughout their lives and attributed much of their longevity to their vast network of friends and family, together with whom they shared many good times.  Vern had many interests including traveling, camping, fishing, curling, golfing, card playing, playing crokinole, carpentry, volunteering and gardening.  Vern’s home and yard were a source of pride and he cared for these meticulously.  He also had an affinity for GM’s and every couple of years would come home with a shiny new Chev, Olds or Buick from Melnick’s.

Without question, his favourite pastime was watching his family grow up and participate in their favourite activities.  Whether it be baseball, curling, hockey, soccer or volleyball, watching and encouraging us was always a priority.  Late in life he most loved to sit and admire his “beautiful” great-granddaughters and listen to their stories about what they had been up to since their last visit.

His greatest concern was the well-being of his family and was very interested to find out what we were doing or what we may be planning next.  He was always ready to help with a renovation or any project we had on the go.  We will always be thankful and very grateful for his love and generosity.  He was a true gentleman and wonderful memories of him will be with us always.

The family would like to thank all the staff at the Whitemouth Personal Care Home for the wonderful care and compassion they gave to our father and grandfather during the time he spent with them.  We wish you all could have known him the way his family will remember him.

In lieu of flowers, donations can be made to the Whitemouth Museum Society where Vern volunteered many hours or another charity of your choice. https://www.whitemouthmuseum.com/

Offer Condolence for the family of Vernon Leslie Jeffrey