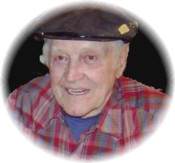 The family sadly announces the peaceful passing of our father, grandfather and great-grandfather on Thursday, April 28, 2011, one day short of his 87th birthday, at his residence in Tyndall, MB.

Walter was born on April 29, 1924 at Libau, MB. Over his lifetime he acquired skills such as farmer, mechanic and carpenter. After his retirement, he took up gardening and cooking although his biggest passion was the Libau Marsh, his trout ponds and spending time at the Garson Sport Fishing Park.

As per dad’s wishes, cremation has taken place and there will be no formal service. The family would like to thank his friends at Tyndall Manor for their help, support and friendship.

Offer Condolence for the family of WALTER PETER ZALUSKY