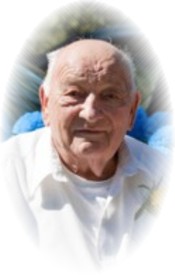 It is with deep sorrow that we announce the sudden passing at home of our dad, grandpa and great-grandpa, Walter, on Saturday, November 13, 2010 at the age of 82 years.

He was predeceased by his wife Olga in 2007, his parents Anthony and Eva, his sister Sophie, one nephew Ron, sisters and brothers-in-law and step siblings.

Dad was born in Garson in 1928. He worked many years for BACM constructing hydro towers all over the province. He then went on to work for Manitoba Hydro as a lineman until his retirement in 1993. Dad loved his family especially his grandchildren and looked forward to their daily visits and for Sunday suppers. He always made room when the crew from Thompson came to visit. He loved the company for his early morning coffee while listening to his favourite old time country music. He loved his garden especially his tomatoes which he nurtured every year from his own seed. We will always remember having to save milk cartons for him to grow those tomatoes which would line every window in the house. He was always interested in what the grandchildren were up to and always wanted to know hockey scores, how they were doing in school, and updates when his sons were out hunting. He was a whiz at the Jumbles in the Free Press and very few could stump him. One of his greatest joys was sitting on his picnic table and later on the deck enjoying the sunshine, watching his chipmunk and feeding the birds. These are just a few of the memories we will never forget and always treasure.

A heartfelt thank you to Dr. F. Zeiler and his staff for his good care and for always making time for Dad. We also appreciate the visits he received from his homecare girls. Many thanks to the staff at the Beausejour hospital for their great care over the past couple of years. And to the neighbours, for watching out for Dad when we were not always around.

As per Dad’s wishes, cremation has taken place and a private family memorial will be held.

Donations in Dad’s name may be made to the Beausejour Hospital Equipment Fund, Box 1690, Beausejour, MB ROE OCO.

Rest in Peace Dad, you are with Mom now.

We love you and will miss you always.

Offer Condolence for the family of Walter Shaw