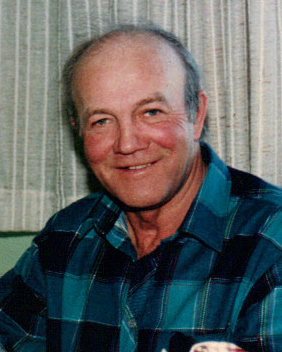 It is with great sadness that we announce the sudden passing of Walter (Smiley) Max Wazny on June 26, 2016 at his home in Lac du Bonnet at the age of 80.  Walter is survived by his loving wife of 58 years Roxana, his siblings Mary and Michael, his children Terry (Jeannette),  Kathy (Brad), and Danny (Michelle), grandchildren Chris, Melissa (Brad), Allison, Brent (Jordyn), Clinton, Cheridan, Danielle (Harry), Alex, and great granddaughter Khloe, as well as numerous family members.  Walter was predeceased by his daughter Jacqueline, sister Bertha and parents Francizk and Anna.

Throughout his life Walter farmed and worked in construction.  After retiring from farming he went to work on the pipeline and was a long standing member of the Operating Engineers Union Local 987.  Walter met Roxy in 1955 while she was teaching at a school in Overwater and they were soon engaged in 1956 and married on August 8, 1958.  They moved to their homestead in April, 1963 and built their home in 1965 where they currently reside.

Walter was a loving family man and enjoyed spending time with his children and grandchildren who meant the world to him.  He took great pride in the plentiful garden that he planted each year and he always loved getting out in the yard to feed his cats.  Walter was true to his nickname Smiley, whenever you would see him you were guaranteed to see a smile on his face, enjoy a friendly joke or to get a taste of his quick wit.  He truly was a gentle man and he will be forever missed by all that had the honour of knowing him.

The family would like to thank the paramedics, fire department and the RCMP for their efforts and for the care and compassion they showed during what was a very difficult day.

Offer Condolence for the family of Walter (Smiley) Max Wazny