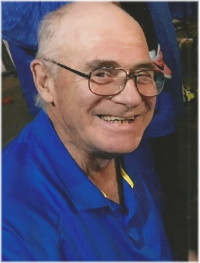 It is with heavy hearts that we announce the sudden passing of Wayne Joseph Gurski, 69 yrs, recently of Great Falls Manitoba.

Wayne is survived by his wife Loreen, sons Kyle and Kory and daughter Sandy, also by his grandchildren Rayette, Kori and Ryder, along with great grandchild Chloe.

Wayne was born in Canora, Saskatchewan, where he grew up on the family farm. He then struck out on his own to see what the world had to offer. Wayne settled in Swan River, where he worked for the SPL lumber mill, for 45 yrs before retiring to his home in Great Falls.  While in Swan River he met the love of his life Loreen (Armstrong) whom he married shortly afterwards and had three children, Kyle, Sandy and Kory.

Wayne’s whole life was about working at the mill, where he put in long hours and worked none stop. While there he made many friends along the way. In the early years the family took holidays and traveled out to B.C. to visit relatives. Later in life Wayne and Loreen would visit family in the Lac du Bonnet area, where Wayne enjoyed boating, seadooing and fishing.

A Celebration of Wayne’s Life will be held on January 19 at 2:00 p.m. at Great Falls Community Hall.

Offer Condolence for the family of Wayne Joseph Gurski